Put our years of experience and expertise to work for you!

Below are several of the most common types of legal issues we deal with on a regular basis. Our practice is not limited to solely these areas, however.

As elder law attorneys, we are advocates for the elderly and their loved ones. We can help you by handling a wide range of legal matters, especially those which affect older or disabled persons. This can involve issues related to health care, long term care planning, guardianship, retirement, Social Security, Medicare/Medicaid, and other important matters.

When acting as trial lawyers, we are there to present the facts of your case to the Judge and/or jury. This could be as prosecution or defense, and involve either criminal or civil cases. Commonly trials will include cases like rental disputes, personal injury (on job or through car accidents), breach of contract, theft, and domestic disputes.

We can help you with everything related to property, from everyday transactions to disputes. We can prepare and review documents relating to real estate such as purchase agreements, mortgage documents, title documents and transfer documents. We often handle closings – that is, finalizing all the legal details when an individual or entity purchases a piece of real property from another person or entity.

Estate planning is the process of anticipating and arranging for the management and disposal of a person's estate during their life and at and after death, while minimizing gift, estate, generation skipping transfer, and income tax. Estate planning also includes planning for, and concerns specific to incapacitation as well. The ultimate goal of estate planning may be as simple or complex as the client's needs dictate. We can help you make sure that your plans are both comprehensive and thorough, in order to optimize your results from the process of being prepared before it is needed.

Estate planning overlaps to some degree with elder law, which additionally includes other provisions such as long-term care.

If you’re in an auto accident, especially one which results in making you part of an insurance claim or personal injury lawsuit in South Carolina, a number of state laws specific to South Carolina could come into play at some point in your case. For example, there is a three year limit on filing a personal injury case in SC. Or you should know that South Carolina uses Shared Fault Rules to determine who is at fault in an accident. As bad as any accident can be, there is also DUI (Driving Under the Influence). Driving Under the Influence is the #1 cause of auto accidents, and the complexities of law around it are an area where you will benefit greatly from having the help of an experienced, qualified attorney at your side. Your own advocate, one who will make all the difference as you deal with the system and the particulars of your case.

Although employers usually provide a reasonably safe and healthy work environment for their employees, unfortunate things can still happen which result in injury. Sometimes this is when every effort has been made to make a workplace safe, but other times it can be due to negligence or oversight on the part of the employer. Injuries may result in physical or psychological harm, aggravations of pre-existing conditions, occupational illnesses due to factors in the workplace, and others. We can help you through every step of the process involved around the legalities of workplace injury to see that your issue is addressed properly and timely, in order for you to lead a happy and healthy life afterwards.

At his best, man is the noblest of all animals; separated from law and justice he is the worst.

A Little About Maring and Moyer

A boutique law firm, specializing in the efficient and comprehensive handling of our client concerns.

At Maring and Moyer, we strive to make every one of our clients understand that they are receiving the best, most personal legal care we can provide them on a one-to-one basis. In that sense, we are the opposite of the archetype of the huge law firm, one which exists only to churn out the numbers needed to make giant profits. Our concern and goal is to be the opposite of this.

We pride ourselves that on a daily basis we are working towards making sure that every individual who retains our services understands that we are a team. A team working with them in order to see that they'll get the best and fairest treatment possible under the law. We strive to making sure that no matter how complex our clients issues may be, we will do our best to help them get the best possible outcome to them under available South Carolina and Federal law, 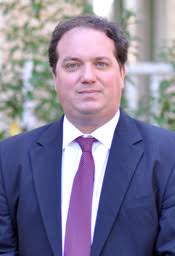 Robert comes from a family steeped in Law and the Lowcountry, judges and lawyers in Georgetown and SC going back to the middle of the last century. Majoring in political science, Robert attended college at The Citadel. After graduating from The Citadel in 1991, Robert went to Columbia and attended law school at the University of South Carolina. There, he graduated with his Juris Doctorate late in 1994, and then passed his bar exams early on in 1995. The next year, in 1996, Robert became certified to practice in US District Court. He has been a certified Circuit Court Mediator since 2014. From 1986 until 2003, Robert proudly served in the SC Army National Guard as Captain of a field artillery unit. He is married to his college sweetheart, and is the proud father of two children. 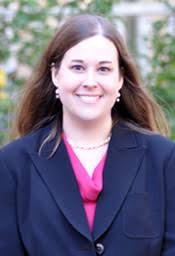 Laura, like Robert, comes from a family where she is a "Second Generation Lawyer". She is a wife and mother to two children, and a member of the Georgetown Presbyterian Church. Laura attended the College of Charleston, majoring in Political Science with minors in English and Dance, receiving her Bachelors degree Cum Laude in 2004. She went on to attend law school at the University of South Carolina, receiving her Juris Doctorate and passing her Bar exams in 2007. She taught classes in American Government at Coastal Carolina University from 2007-2012, and became a Certified Family Court Mediator in 2011. She currently serves as a Guardian Ad Litem. She received her Federal District Court of SC certification in 2014.

We would be glad to hear from you using the Contact info below, or stop by our office here in Georgetown.